The history of the ship

The auxiliary tanker MOTO was built at the Odero Italian shipyards in Genoa in May 1925 for the Societe Tunisienne pour les Transports de Carburants in Tunis.

The company was founded on May 16, 1925 for the purpose of shipping oil to the French colony of Tunisia.

In October 1942, during WWII operations in the wider southern Italy/North Africa area, the MOTOL and three other ships sailed from Marseilles to the port of Sousse in Tunisia as part of a support fleet. 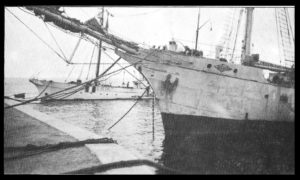 The MOTOL with the EUGENE RESAL in the port of Sousse 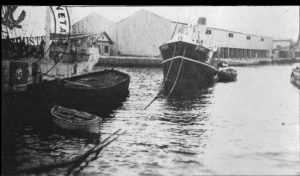 The OPTIMISTE in the foreground and the MOTOL on the left

Although scheduled to sail in early November, the local administration issued an order for the MOTOL and two other ships to block the entrance to the port, for fear of an American landing. However, the order was later rescinded.

The occupying Germans departed on the 11th of April 1943 and the remaining ships, including the MOTOL, were scuttled. 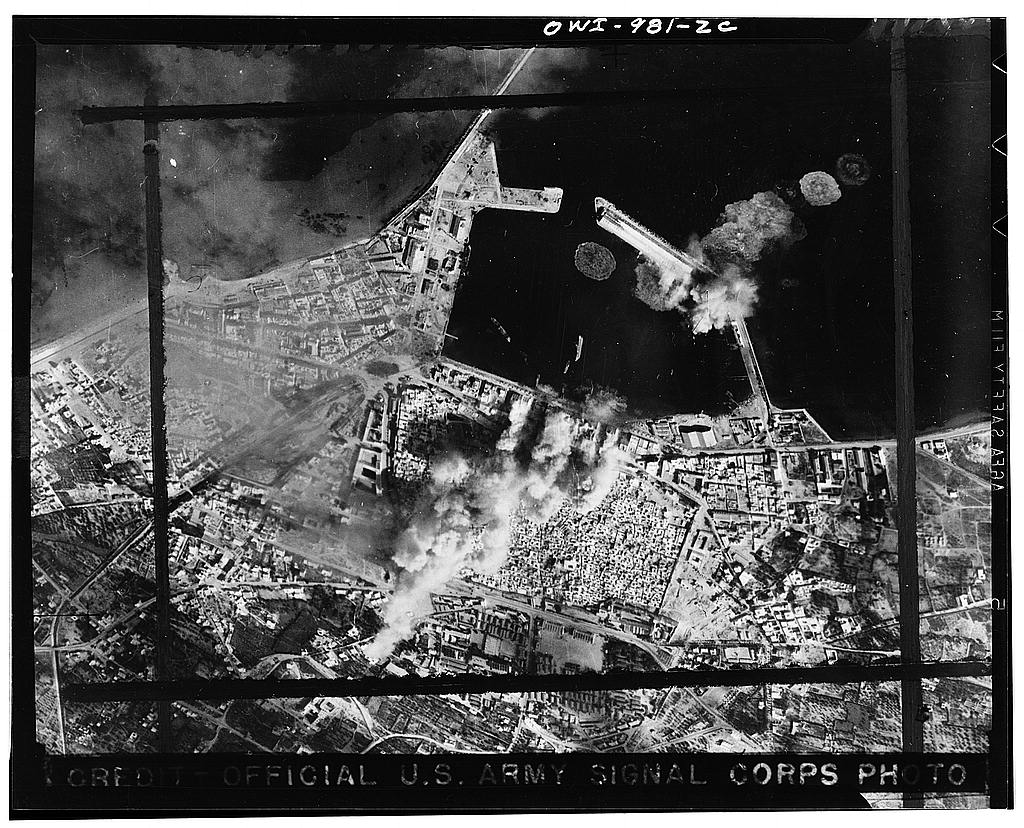 Aerial photo during US bombing of Sousse harbour (photo: Library of Congress) 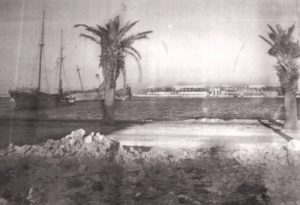 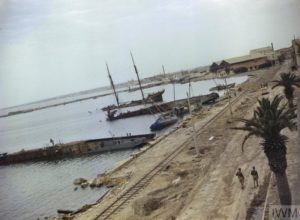 The MOTOL in the background, distinguishable by its two masts (photo: Imperial War Museum) 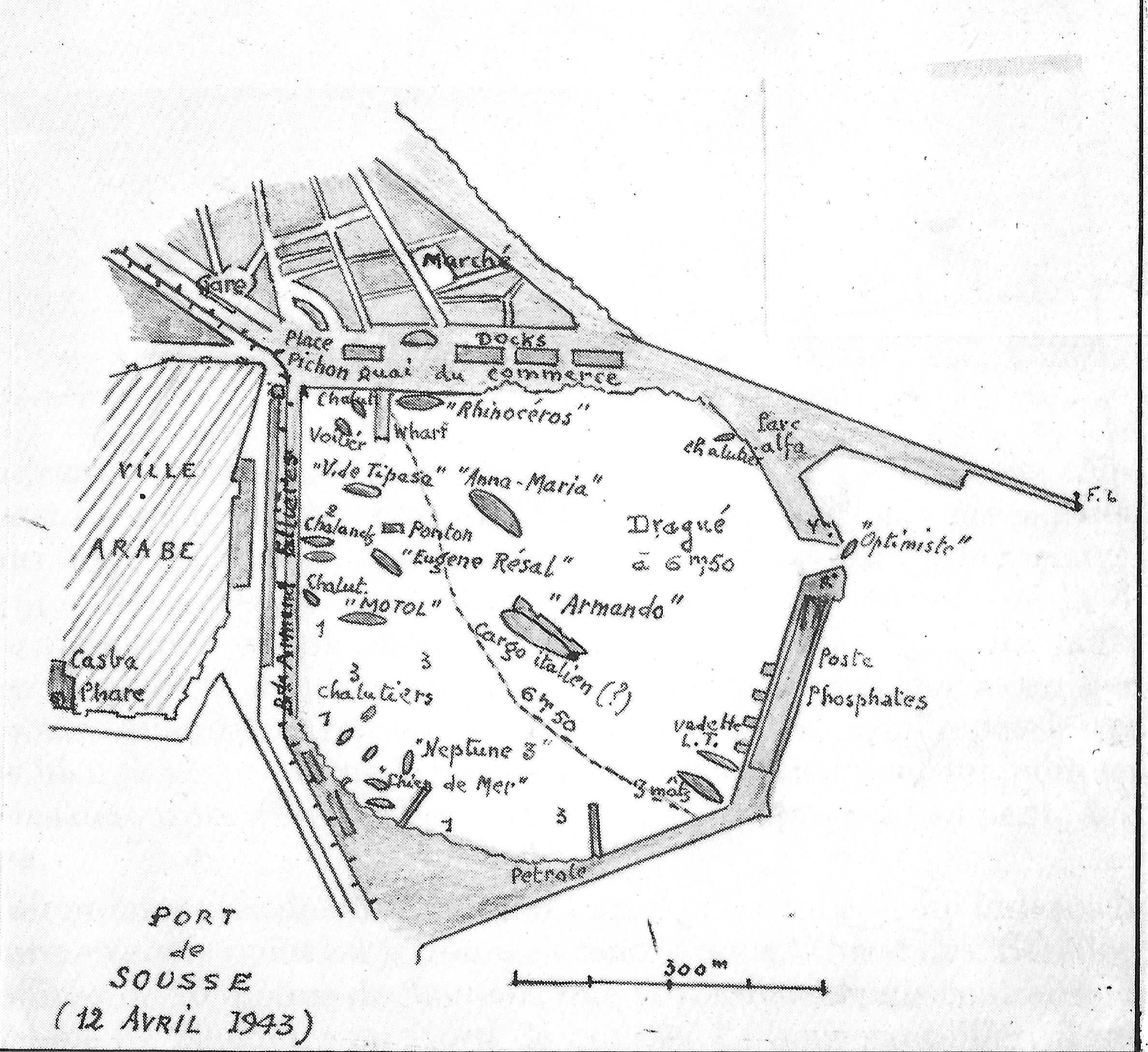 After the liberation of Sousse, the MOTOL was recovered and returned to its owners. Unlike twenty-nine similar ships which remained on the seabed after the war, it resumed its fuel transportation duties along the Tunisian coast.

In 1953, the vessel was purchased by the Vernicos shipping company. 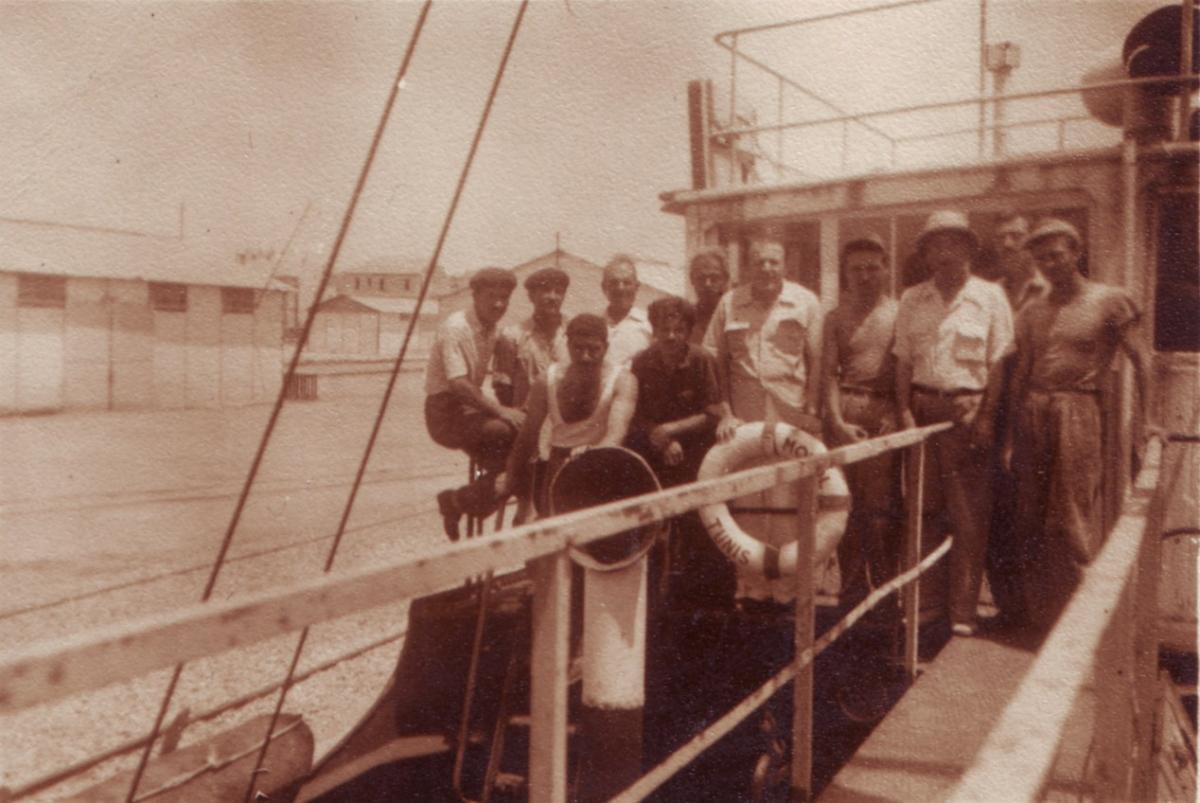 The person behind the lifebuoy in the centre of the photograph is probably Alexander Vernikos (photo: Vernicu archive)

In 1955, the MOTOL was purchased by the Greek State and delivered to the Navy. It then started its service as the TRICHONIS, supplying water to various Greek islands. It was the only water carrier in the Greek Navy at that time. 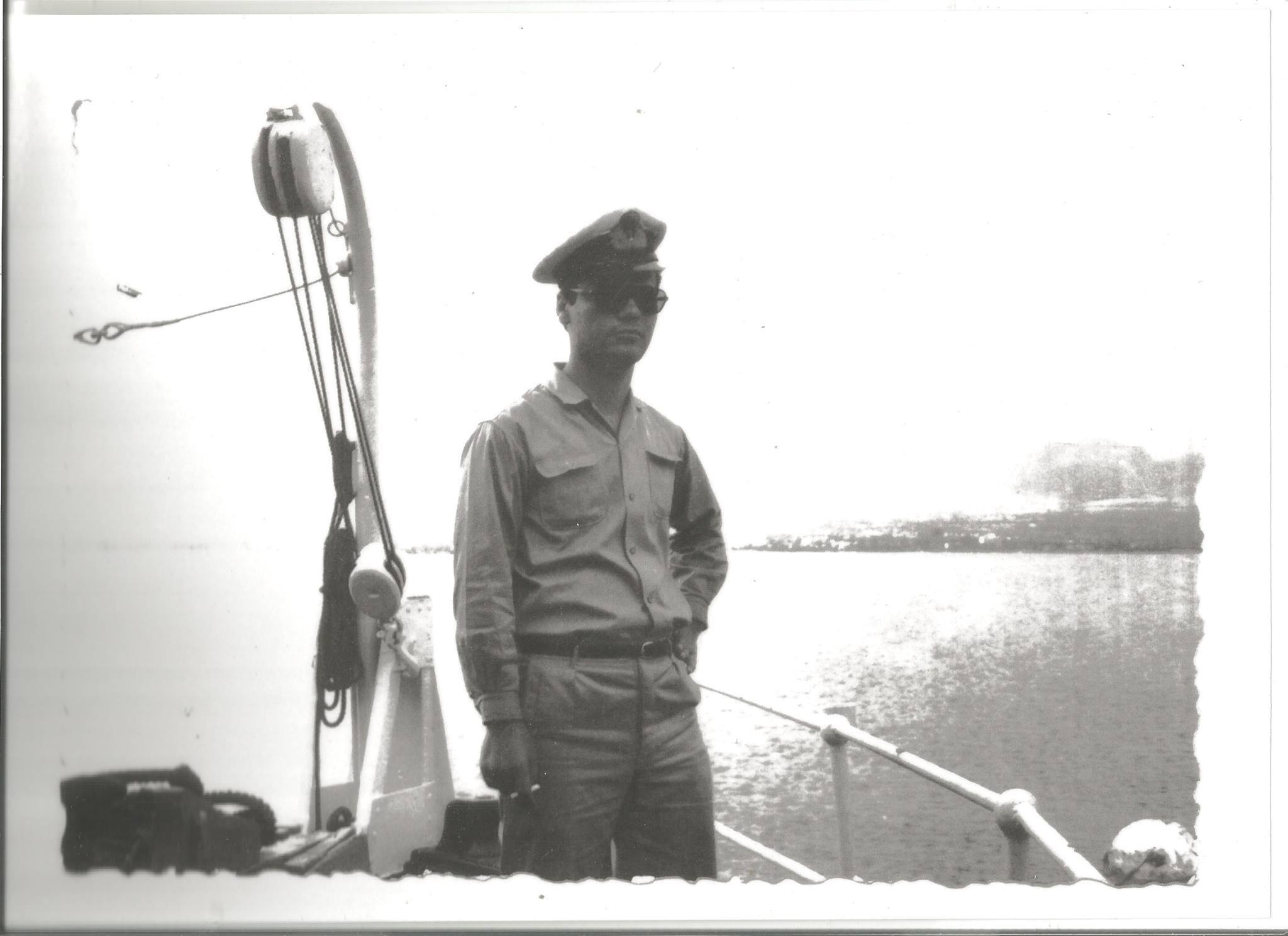 Captain P. Mathios, in 1970 as a flagship, on the ship’s bridge (photo: Panteli Mathiou archive)

The TRICHONIS was decommissioned on the 16th December of 1976, and was later used as an Air Force training target until it finally sank in 1978.

The story of the wreck was based on data from the books “Le Long Calvaire de l’Optimiste: The Vapeur de Sauvetage, Récit Historique du Port de Sousse dans la tourmente 1942-1943” (by Pierre Griffe), “Navy Ships 1826-2017” (By Elias Daloumi), data from the Miramar Ship Index and completed with useful information and tips by Aris Bilalis.

After searching for its location by sonar, the wreck was discovered at approximately 40m depth at Toroneos gulf 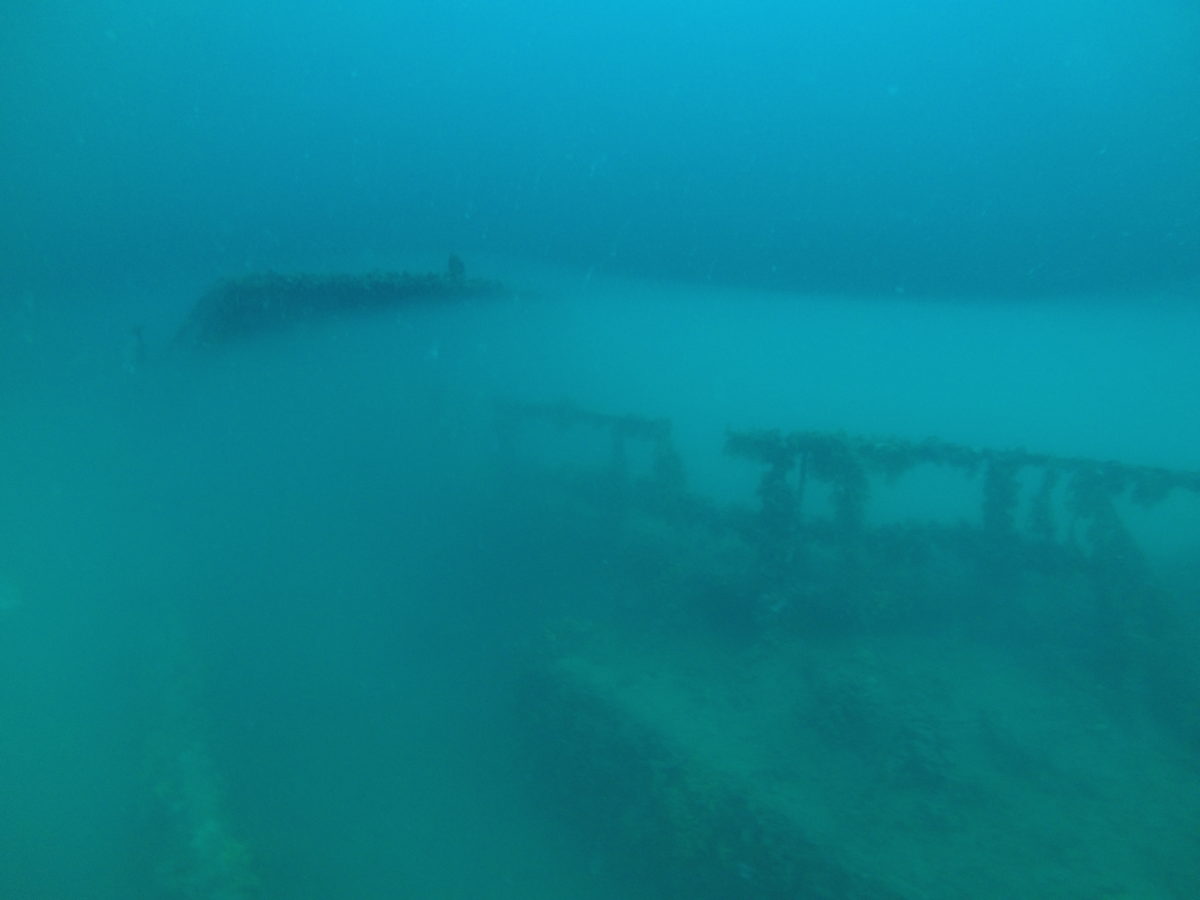 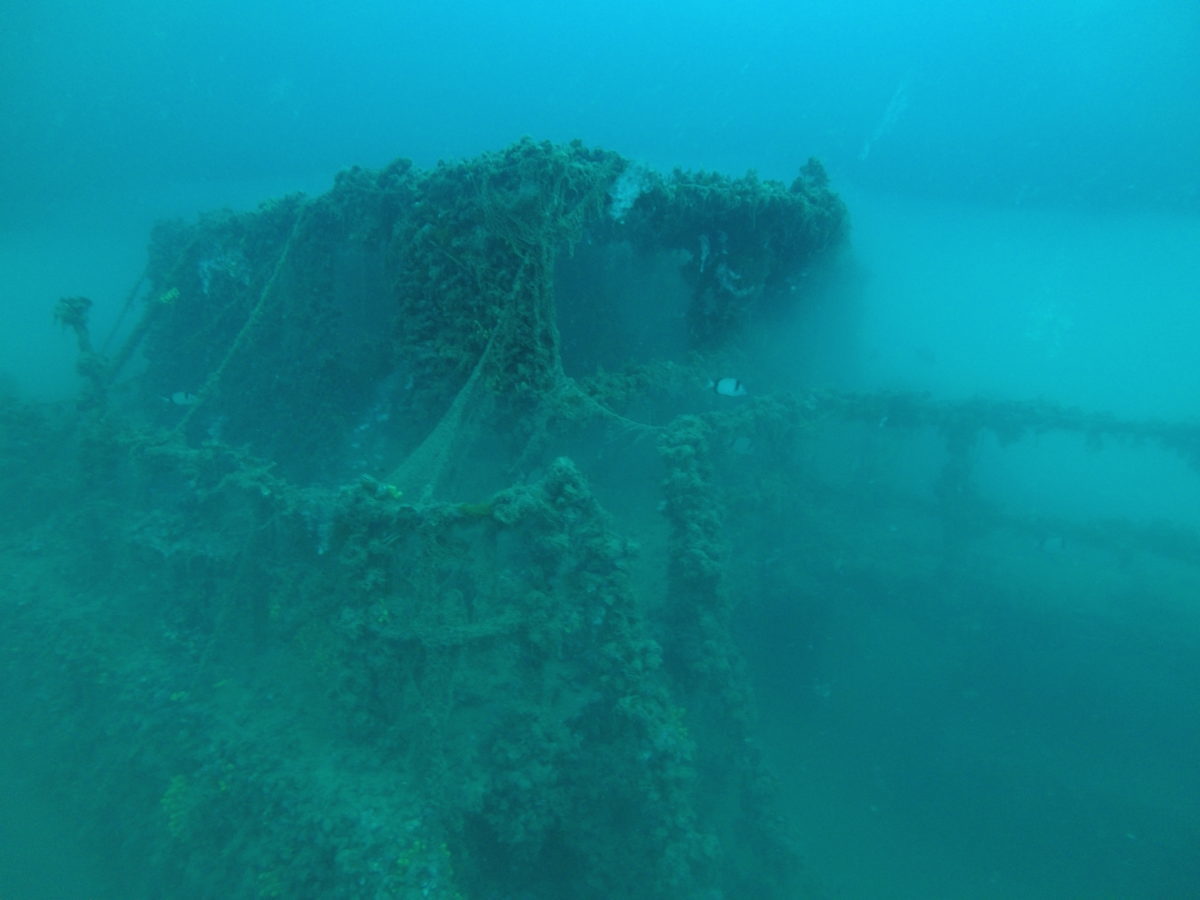