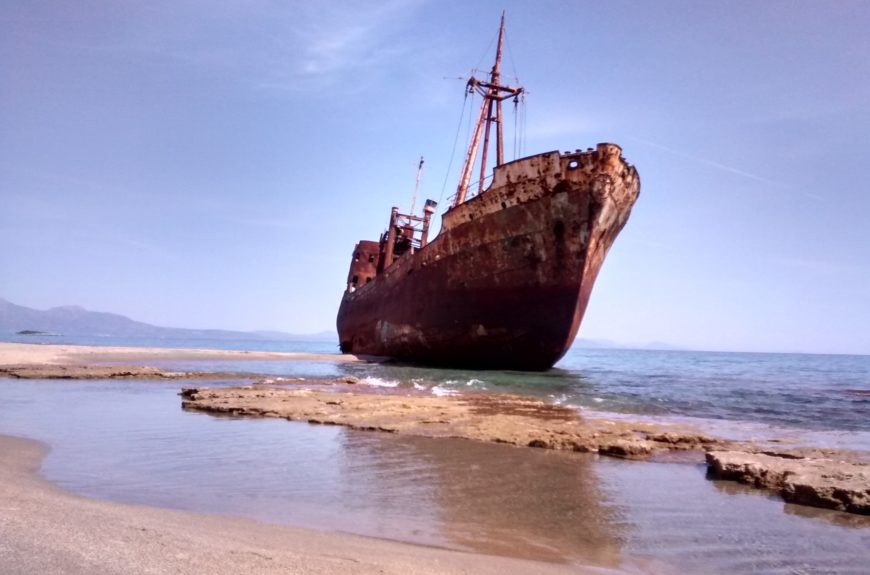 Recenlty, a great number of wrecks have became touristic attractions. Nevertheless, recreational diving in many cases is not allowed when a wreck lies on the bottom of a port, military practice areas and nearby army force's settlements, environmentally protected designated or declared underwater archaeological sites. Despite those restrictions, there is the option of visiting many... 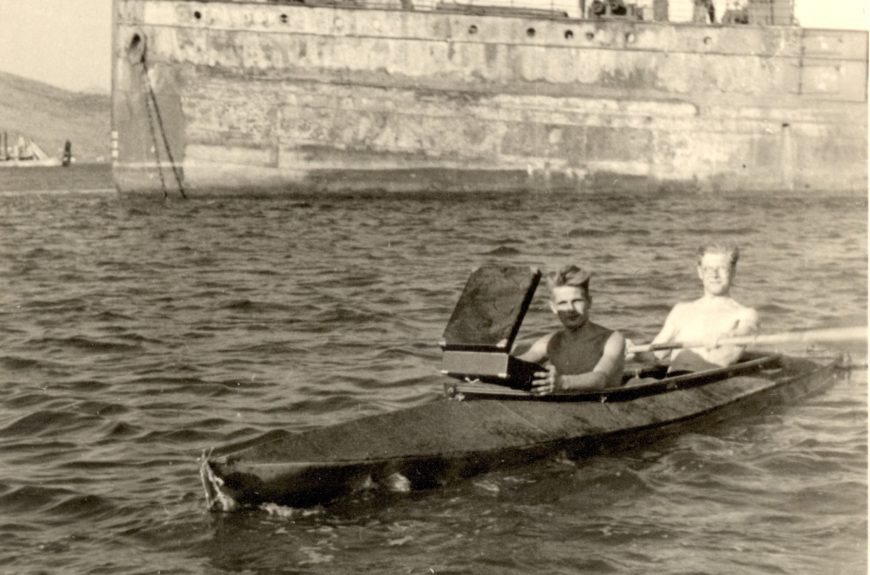 Made incandescent by the fire which had engulfed it, one of the most emblematic coastal ships of the interwar period was still somehow floating proudly off the coast of Megara. The FRINTON of the Igglesi Steamship Company…. 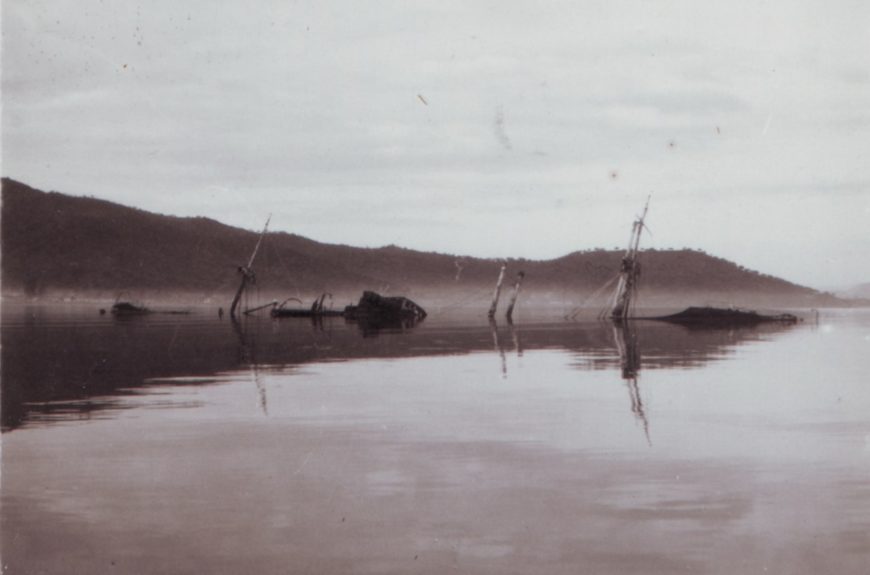 The sunken hulk of a Norwegian ship, the S/S BRATTDAL rested in the bay of Orei in northern Euboea for eleven years. The ship’s history began… 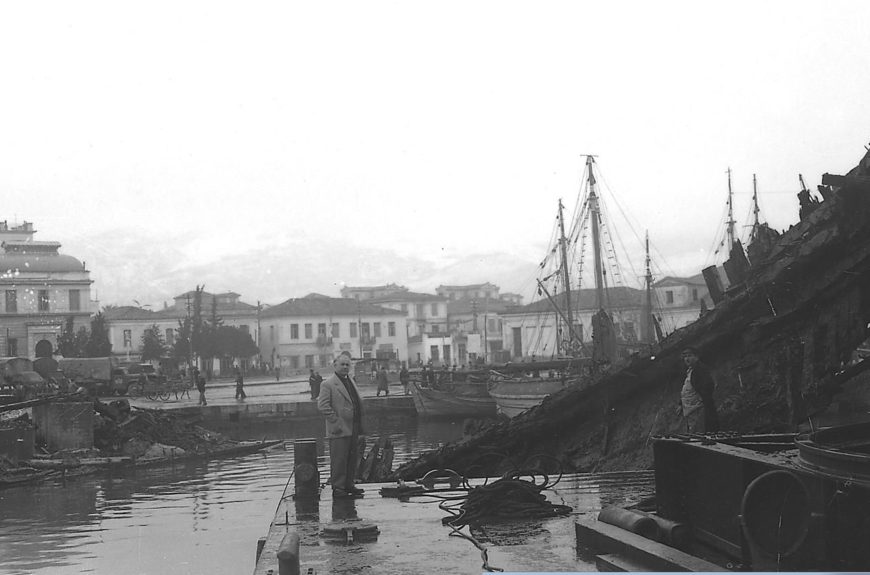 This article appeared in Taxydromos newspaper on 13.10.2019 to mark the 75th Anniversary of the Liberation of Greece. October 1944 – October 2019 Friday the 13th, October 1944 began in the city of Volos much like any other. Starved and subjugated, its citizens managed as best they could under a merciless Nazi regime. The 'Kítrino... 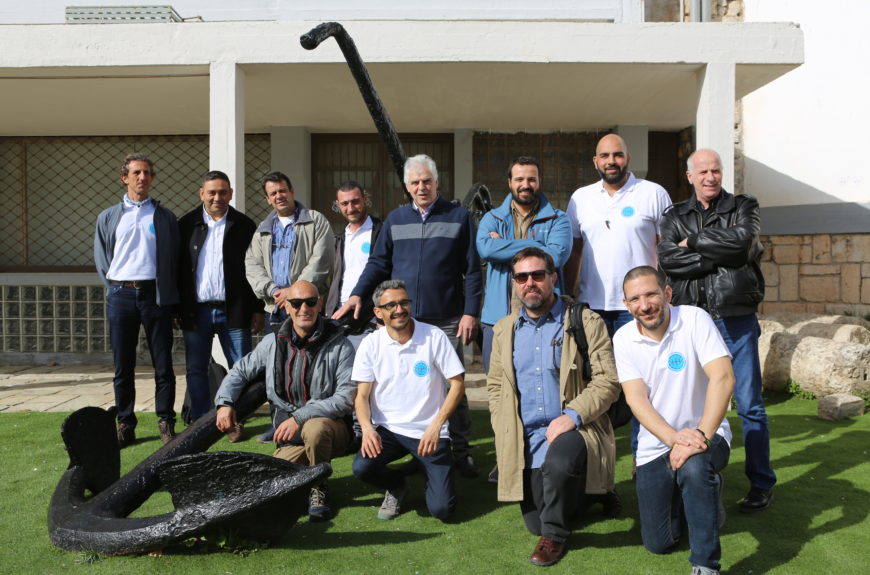 On Saturday, March 7, 2020, a workshop on “Scuba Diving and Citizen Science” was held in the Hall of Events of the Hellenic Maritime Museum. The event was organized on the occasion of the two years of activities by the Underwater Surveying Team (UST) of the Laboratory of Topography, School of Rural and Surveying Engineering, Faculty of Engineering of the Aristotle University of Thessaloniki (AUTh)….

As part of the “Dive in Blue Growth” (Athens, October 16-18), Elpidia Katopodi presented “Cartographic Documentation and Proposed Criteria towards the Protection and Preservation of Wrecks from the Great War in the Greek Seas”. It demonstrated that a total of nearly 200 ships sank from 1912 to 1918,… 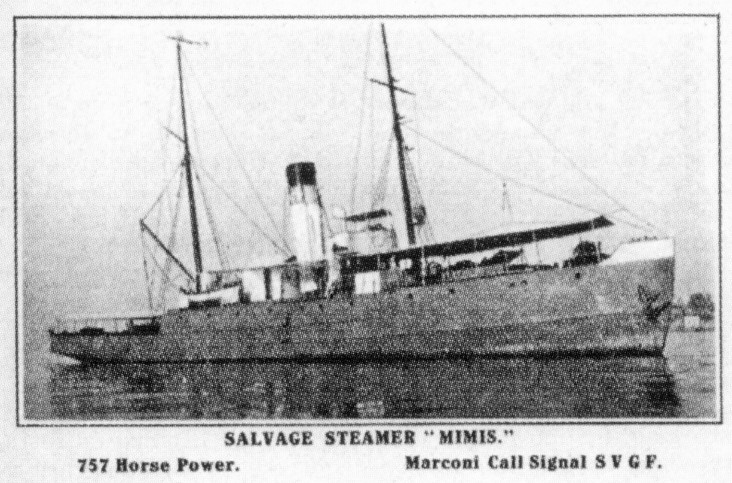 On the nights of 28th and 29th of March 1941, the Navy lost a salvage tugboat, the MIMIS when it was hit by a mine. However, the loss was overshadowed by the German invasion just two days later. The vessel was built in 1888 at the John Readhead & Co. shipyards in South Shields,... 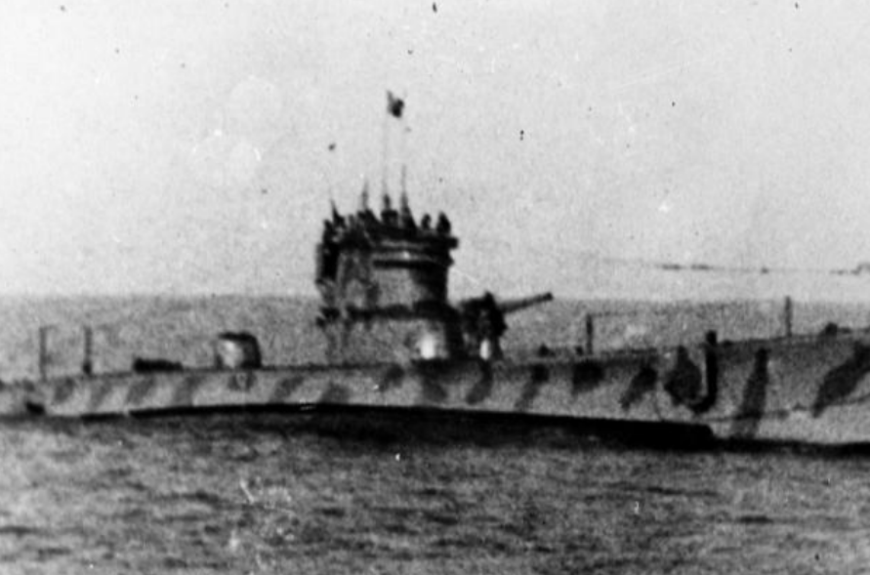 In the shallow waters of Kaiafa beach , local children had been jumping into the water from the conning tower of a submarine for decades. This strange childhood ‘plaything’ was once the Italian submarine AXUM. It participated in one of the most decisive operations in the Mediterranean of World War II. In the 1930s, the...

The steamships ALFIOS, ACHELOOS, EUROTAS and PENIOS joined the Greek Fleet in 1885. The ALFIOS and ACHELOOS were delivered by the Thames Iron Works & Shipbuilding Co. in Blackwall, England, while the PENIOS and EUROS came from the Scottish yards of Archibald McMillan & Son in Dumbarton. In April 1934, the ACHELOS was renamed the AKTI when it became the property of I. Peppa and briefly used in a shipyard until it was scrapped. The EUROTAS was acquired by Achilleas Chalkousis in 1945 and later sank as the NAGOS on July 26, 1951 after taking in water. The PINEIUS was renamed the TRIS IERARCHE by Ach. Katzani & Co. and sank on January 13, 1959 due to bad weather. In May 1925, the ALFIOS was converted into an oceanographic vessel and renamed the NAUTILOS, it was decommissioned in 1936, and the following year it was converted into a barge. Details of its final fate remain unknown…. 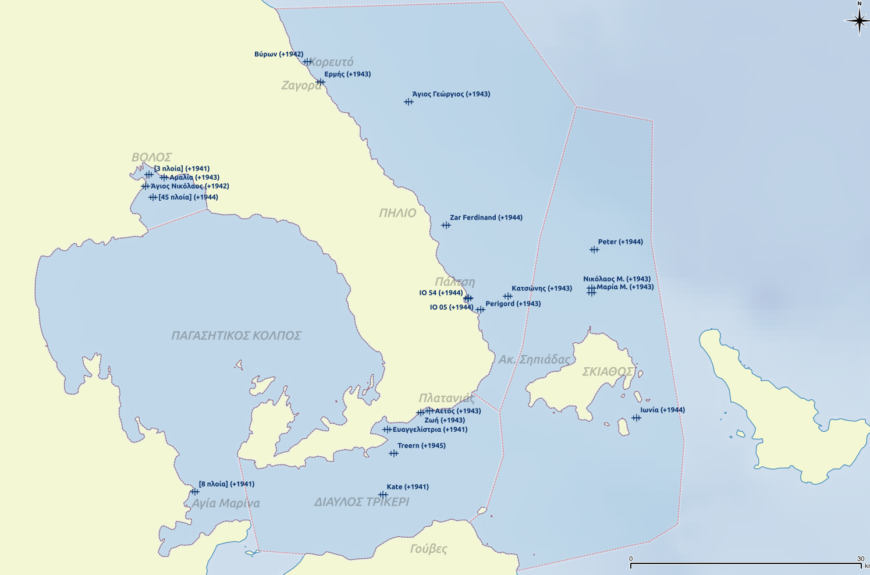 In early November 2018, in the context of the 15th National Congress of Cartography “The Crisis Cartography”, a preliminary study on shipwrecks in Magnesia (the Pagasitikos Gulf – Pelion region) related to World War II was published. While significant efforts have been made to…