The shipwreck of the Flat Iron Collier CHRISTOPHER was caused by an inflow of water while in the Sporades in 1983. It had previously been shipwrecked as the THOMAS HARDIE in 1950 and sold in 1968 to be renamed the BIRLING. In 1975, it was sold and renamed the EPIC and in 1976 it was sold again and ended up in the Greek seas as the CHRISTOPHOROS.

With the advent of the steam age, the need for rapid coal transportation was of fundamental importance to any advanced navy which was eager to stay at the cutting edge of technological developments. This need led to the birth of the modern collier, a ship designed to carry the ‘black diamonds’ that powered the fleet of the empire, and fed the insatiable thirst of fast-growing industrial London.

In the north-east of the United Kingdom, the Durham and Northumberland coal mines provided power plants with the huge quantities of fuel they needed, and a large fleet of colliers travelled along the East Coast carrying ‘black diamonds’. (1)

One of the first steam-driven, metal-hulled colliers, the JOHN BOWES, was built in 1852. Of its many innovations, an important one was that it had marine ballast tanks, which enabled it to fast-load and avoid the normally time-consuming loading and unloading process. (2)

It was built at a cost of £1,000, ten times the cost of a normal collier brig, but due to its unique features, the JOHN BOWES could carry as much coal on a five-day trip to and from London as a sailboat could carry in two months. (3) 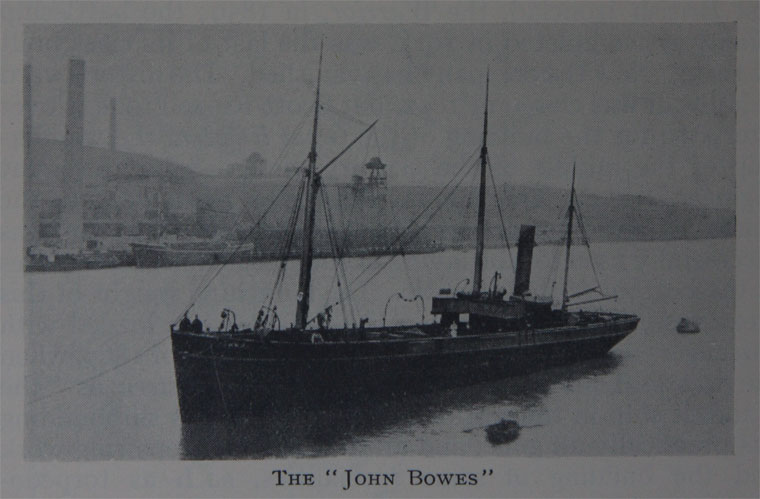 In many cases, power plants were built on the banks of the Thames, in places inaccessible to conventional ships because of the low bridges crossing the river. So the coal had to be unloaded and reloaded on barges, which would result in additional shipping costs and a deterioration in carbon quality. This problem led to the birth of the flat iron collier. (4) 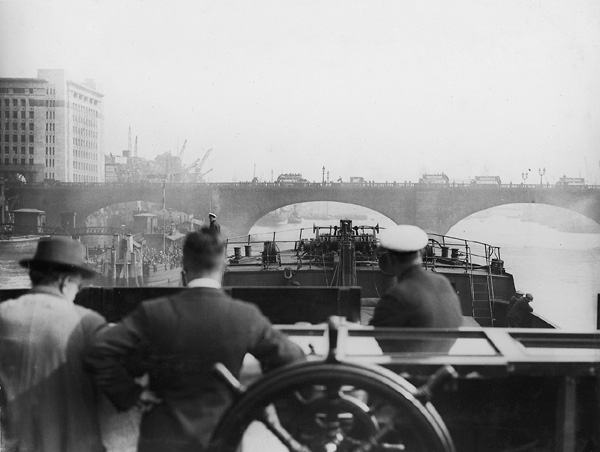 The main feature of these ships is the main deck which runs from stern to bow, the crew cabins are below it and the bridge is as low as possible, so that the vessel can pass under the bridges of the river Thames. 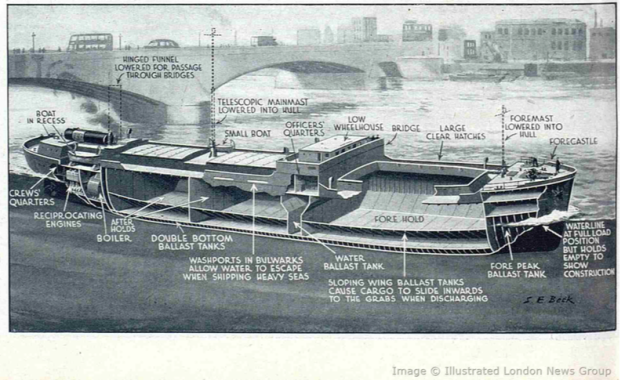 The funnel was collapsible, while any masts were telescopic or hinged. The wheel house may also be folded flat to lower the vessel’s profile. The hold had sloping walls to allow the coal to fall to their center and facilitate a lower centre of gravity. (5)

A flat iron collier, its very low profile is evident. 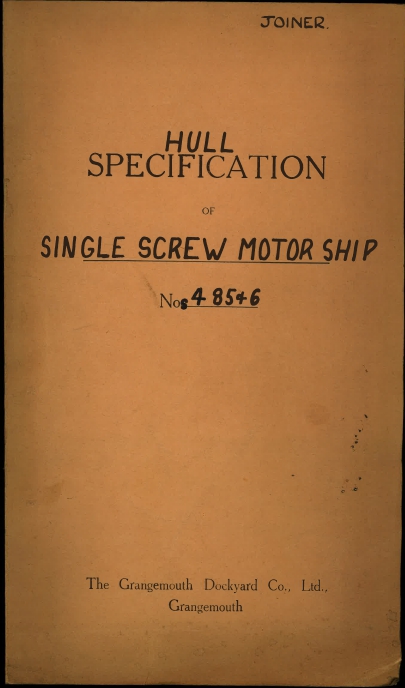 The contract with the technical specifications of THOMAS HARDIE

The history of the ship 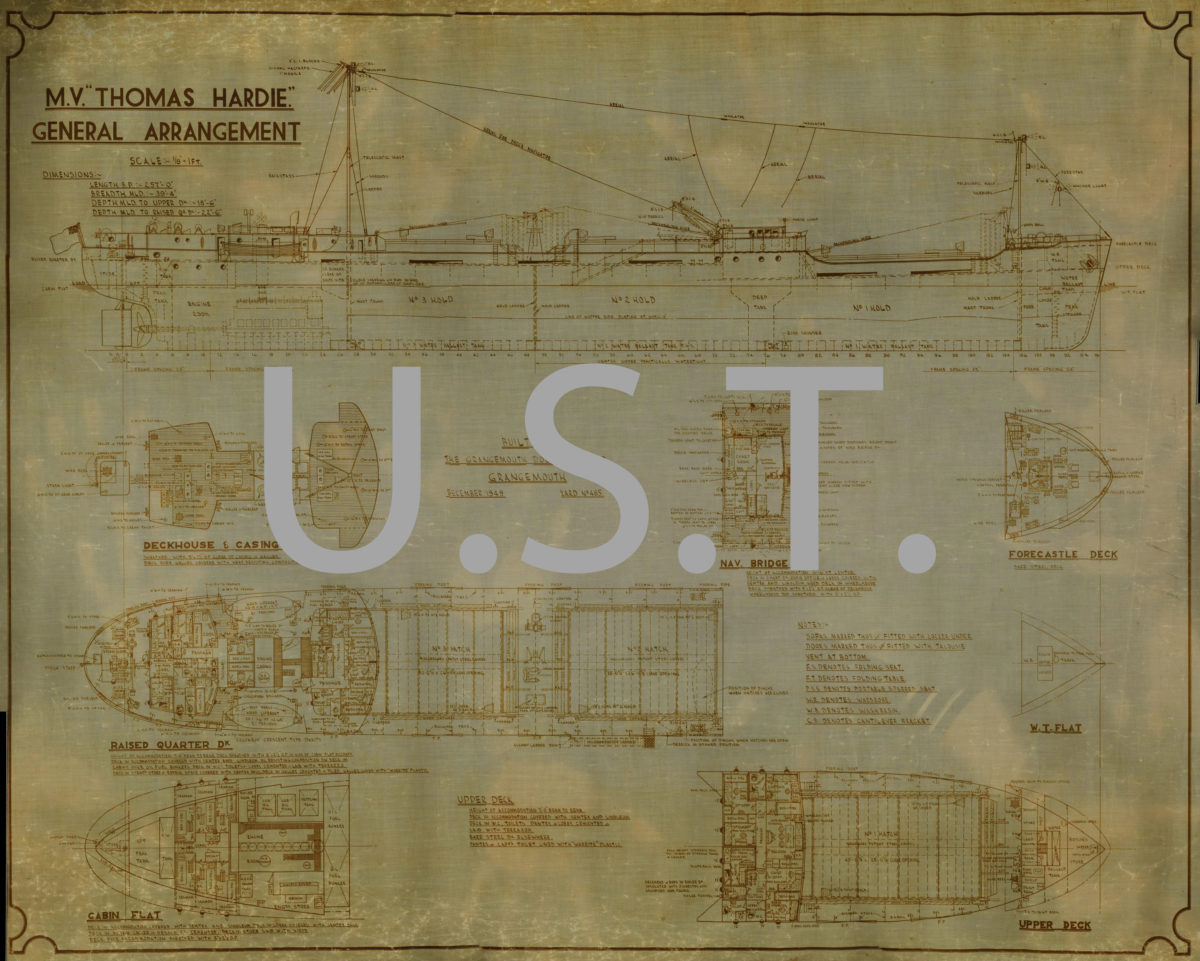 In 1968 it was sold to Stephenson Clarke Sg. Ltd. and renamed the BIRLING.

In 1975 it was purchased by Puma Sg. Co. Ltd., renamed the EPIC and registered at the port of Limassol, Cyprus.

In 1976, it was sold to Christincoast Cia Naviera S.A., renamed the CHRISTOPHOROS and registered at the port of Piraeus. (6)

With its 15-member crew, the vessel set sail from the port of Volos on the east coast of Greece, loaded with 2,600 tonnes of cement, early on the morning of the 2nd of October 1983. It was bound for the port of Piraeus and then Algeria. The weather was good, but during the afternoon conditions became rainy with stormy northern winds. In the afternoon, the vessel had developed a seven degree starboard list. This increased with time. Circumstances demanded that a safe anchorage be found. Captain Giannakis suggested Panormos beach on the island of Skopelos, so the vessel changed course, twelve nautical miles north of the island of Pontikonisi, off the northern tip of the island of Euboea. When it finally arrived at Panormos beach and dropped anchor at around 16:00 hrs on the 2nd of October 1983, the waves had broken one of the bridge portholes, causing the bridge to flood with water. The starboard list had increased to seventeen degrees and the hull was taking in water. Both the main and a portable pump were deployed, but to no avail – the flooding simply would not recede. By 20.00 hrs, the list increased to such an extent that the starboard railing was in the water. The captain informed the shipowners and the Hellenic Coastguard. He then ordered the crew to leave the vessel at 22.00 hrs. The captain and boatswain remained on board. They used the fishing boat GIANNAKIS to explore the area around the anchorage. They discovered abrupt changes in depth that threatened to break the vessel into two if it sunk. The attempt to extract water continued until 04.30 hrs on the following day, when it was finally realised that all efforts had been in vain. The captain with the other two crew members abandoned ship and boarded the fishing boat. The CHRISTOPHORS finally sank at 05.30 hrs on 3 October 1983 where it came to rest at a depth of 43 metres. (7)