Greece is undoubtedly known for its crystalline waters and stunning beaches, but we seldom remember that in the early decades of the twentieth century, those same seas and coastlines served as a backdrops episodes of heated movement and battle of the First World War. Break past the waves on the surface and you’ll find an expansive graveyard of ships wrecked during this brutal moment in history. World War I wrecks are particularly spectacular, as many more remain whole and in-situ than those from World War II; yet until recently, they had not been fully recorded or focused on. Luckily now, efforts to pay homage to, and more importantly to learn from, the vessels and crews lost beginning to grow.

Our team increasingly contributes to the understanding, of the Greek community and beyond, of what now-peaceful Greek waters once witnessed. Despite the triumph of the Balkan Wars blowing wind into the sails – or rather, steam into the engines – of Greek fleets, a continued arms race against Ottoman aims to conquer the islands of the eastern Aegean prolonged conflict in the Greek seas. Meanwhile Greece itself was politically divided, Prime Minister and King posed head-to-head, by the prospect of joining Allied powers both on land and at sea. Although political favour was given to the decision to resist alignment with the Allies, British, French and Russian fleets were given unimpeded access to Greek waters in late 1915; as a result, almost half of the WWI vessels resting on the Greek sea floor once bore British, French or Russian flags.

We employ a complimentary approach, combining dry-land comparison of maps and archival reports, and fieldwork, quite literally diving in at points of interest. Summarised simply, our aim is ‘to study what we have dived and dive what we have studied’. Such careful, comprehensive work has afforded several new discoveries which await documentation, and the assemblage of WWI vessels in the necropolis of the Greek sea floor continues to grow in number. With the data gathered from their plunges into hundred-year-old naval history, the UST documents the details of the wrecks into databases, opening doors to further academic study. But more notable is their conscious effort to share their work with the public; from lectures and presentations to this online platform, where we share intriguing histories and intangible heritage associated with the wrecks in two languages (Greek and English). Trials are underway to offer recreational scuba diving experiences at these sites to the public, made possible due to movements towards maritime tourism within the Greek Ministry of Culture’s Ephorate of Underwater Antiquities, in hopes of enabling the wrecks to be revisited at last.

While cultural heritage sites that declared as monuments are protected and unavailable to the public under Greek law, diving is not prohibited at all other sites. We advocate for them to remain open, for they offer the possibility for these sites to be respectfully revisited, appreciated and explored. But the best dives are those you can learn something from; so guided dives abiding by careful rules and providing historical significance for visitors would be an ideal future project to accompany our current work. On the future plain lie several promising avenues for underwater exploration, all in alignment with UNESCO mandates for Underwater Cultural Heritage: Virtual Reality brings underwater wonders to the surface when diving might otherwise be unavailable; stupefying photography and video footage capture the wonders of the deep; online content readily offers educational resources to be explored by individuals and in classrooms alike; media coverage grows interest beyond local communities and experts, and invites the whole world to become curious.

Ultimately, we hope to tap into the potential offered by wrecks, including those sunk during the First World War, to view history from a completely new perspective: its forgotten, often incredibly preserved, remnants underwater. Initiatives expanding upon ongoing efforts, however, will only become possible when funding and circumstances allow. Greater investment into these projects would enable us to integrate technologies like SONAR, possibly speeding up our presently manual surveys and offering greater visibility beneath the waves; heritage centres, such as that dedicated to the Peristera wreck on the island of Alonnissos in the North Sporades, could be inaugurated, where local communities could become involved in the education and promotion of underwater cultural heritage within their home proximities. With the necessary resources, there are seemingly endless options to grow our understanding of the deep and all it has witnessed over the centuries. Without it, manual efforts will continue to be taken up, effectively albeit slowly, with the attentive care of an earlier, more patient generation. Even still, one can only wonder what more might be possible, and what further discoveries await.

[*] Issabella Orlando is a graduate of King’s College London, writer, diver and aspiring maritime archaeologist. Inspired by new discovery and the colourful world around us at present and in the ancient past, she aims to apply her interdisciplinary interests and background in Classical Studies to innovative archaeological research and cultural heritage management. 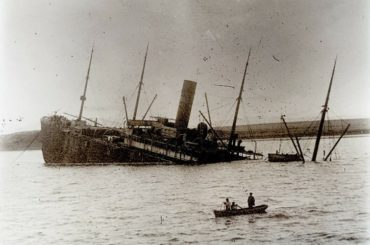 The sinking of SS NORSEMAN at Megalo Karabourno 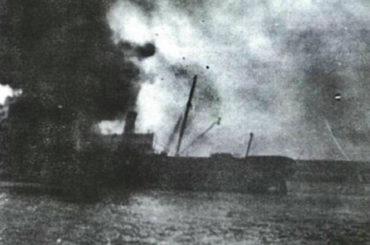 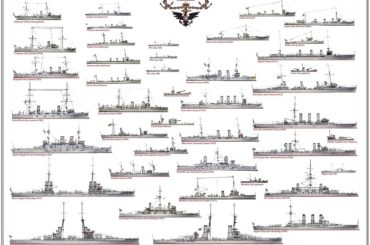 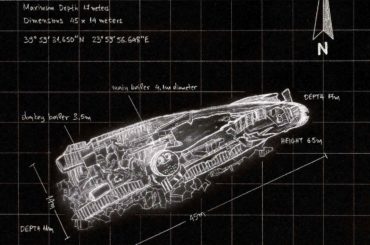